You are here: Home

Roger French began his career in the bus industry in 1970 with summer holiday jobs including bus conducting in London and working at ’55 Broadway’. After University he worked with bus companies in West Yorkshire, Kent and South Wales before moving to Brighton in 1982 where he was at the helm of the city’s buses for the next 31 years until his retirement in 2013.  He had been part of the buy-out team of Brighton & Hove in 1987 and its subsequent sale to Go-Ahead six years later.

Roger was an active participant in the community being involved in many committees, forums and partnerships including chairman of the city’s Local Strategic Partnership, the Brighton & Hove Business Forum, the Hove Business Partnership and the Martlets Hospice.  He was awarded an OBE for services to public transport in 2005, an Honorary MA by the University of Brighton in 2007, became a Deputy Lord Lieutenant for East Sussex in 2007, and on his retirement, was made a Freeman of the City of Brighton and Hove.  He now writes for trade journals and travels around the UK by public transport. 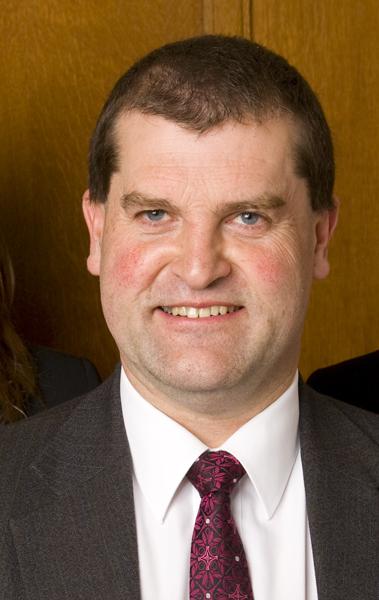 “This is the great people industry,” he says.”We serve people, we lead people, we enjoy being with people. Together with people we make it all happen and we succeed!”

James has been on the buses for more than 40 years. His first experience was as a bus conductor – where he learned lessons which, he says, he is till applying. He went on to graduate in history at the University of Southampton before becoming a Senior Management Trainee with the National Bus Company, training in Swansea.

He went on to management roles in Brighton, Bournemouth, Fareham (where he led a uniquely egalitarian employee buy-out) and Bristol. After a couple of years with the educational charity Common Purpose he went back onto the buses, with Travel West Midlands in Birmingham, then joining Stagecoach – leaving them as MD of Stagecoach East in 2007 to become CEO of Reading Buses. He took up his present role in 2014. 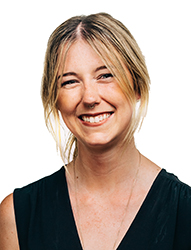 Olivia joined the Arriva Group in September 2017 on the Operational Management Graduate Scheme. She is part of Arriva Southern Counties and is based in Hertfordshire and Essex. During the 18 month scheme, Olivia will be moving around bus depots in Southern Counties. She will also take time to work alongside her international Arriva colleagues in places such as Turin, Prague and Berlin. 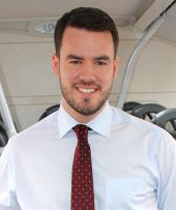 Having graduated in 2010, Alex joined Go-Ahead's Go South Coast's family of companies as their Graduate Management Trainee early in 2011. During his two year training scheme Alex had secondments with Go-Ahead London and working on Go South Coast's Olympic Games contract in 2012.

After completing his training in 2013, Alex was appointed Staff Manager for morebus, and then Operations Manager of Salisbury Reds and Tourist Coaches in Wiltshire. In early 2017 Alex was appointed General Manager of Thamesdown Transport in Swindon following its acquisition by Go South Coast. He is now General Manager of Swindon's Bus Company (Thamesdown's rebranded operation) alongside Salisbury Reds and coach hire company Tourist Coaches.

Alex Hornby joined the bus industry for a two week work experience session at the age of 16 in his home town of Liverpool and has been involved in the business ever since.  Obtaining his PCV licence whilst studying at Aston University, he took a position on Stagecoach’s Graduate Management Programme, and following a number of managerial posts, joined Go-Ahead as Operations Manager for Bluestar and Uni-link in Southampton. Alex spent five years at trentbarton as Commercial Director, before taking up his current post as Chief Executive of Transdev Blazefield, which operates 400 buses and employs 1,050 people across Lancashire and Yorkshire.

Alex believes that the passionate young managers hold the key to the future of the UK bus industry. “The bus industry is a unique business, full of enthusiastic people and plentiful opportunities – the Young Bus Managers Network can be the  home of the next generation of people who will surely lead our industry forward in the coming years.” 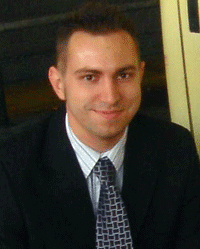 Pat had his first real taste of the bus industry aged 15, when he spent a period of work experience with First Mainline (as was) in Sheffield. After A levels, he undertook the BSc Transport Management course at Aston University, during which time he was successful in gaining a sandwich placement year at Brighton & Hove. 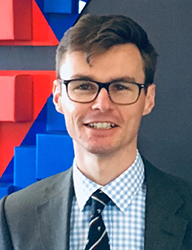 Wesley joined National Express in September 2019 on the Operations Management Training Scheme. Having worked for both Arriva and Centrebus, Wesley has a real passion and enthusiasm for transport, even running his own preserved collection of vintage buses. Working as part of the South Eastern Owned Operations running the highly successful National Express airport routes between London and all major airports. 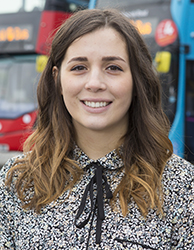 After graduating from university in 2015 with a degree in Psychology, Jade joined the First Bus Graduate Scheme in September 2016 as an Operations and Management Graduate. During the scheme, she spent time in numerous depots throughout the country including Bristol, Bath, Sheffield and Leeds. Jade is in the second year of the scheme and has covered a variety of roles including those of a bus driver and staff manager. Jade has recently been appointed to her first substantive role, running Weston-super-Mare and Wells depots at First West of England.